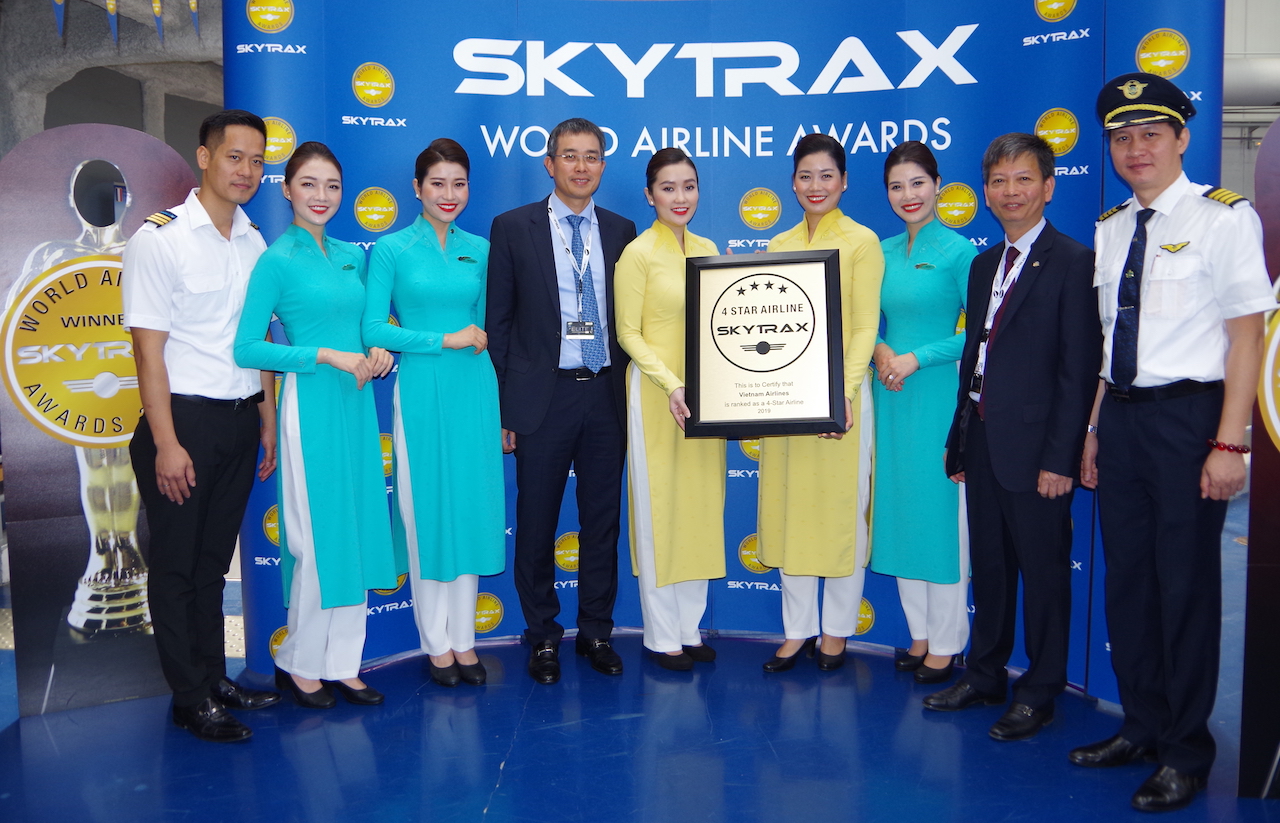 At ITE 2017, Vietnam Airlines was ranked for the second year in a row as a 4-star international airline, along with Air France, Lufthansa, Emirates Airlines…

The 4-star international airline certificate was awarded to Vietnam Airlines by the British Airline Rating and Evaluation Organization Skytrax for the first time in July 2016. This year, the airline has many improvements in service.

The first criterion that the company focuses on is to increase the on-time performance (OTP) to the highest level. In the first 8 months of the year, this index reached an average of 90.2%, up 7 points over the same period, corresponding to 4-5 star airlines in the world (88-90%). According to the Prime Minister’s conclusion on the August inspection results, Vietnam Airlines is the airline in Vietnam with the highest punctuality index.

Over the past year, the service quality of Vietnam Airlines has been improved, reaching over 90% of the 4-5 star criteria according to Skytrax’s assessment. The customer satisfaction index through the in-flight survey reached 3.83/5 points, higher than the same period and target.

Duong Tri Thanh, General Director of Vietnam Airlines said: “Over the past years, we have focused on developing a network of domestic and international transcontinental routes, combining a convenient and punctual flight schedule with current aircraft lines. world’s greatest. The achievement of becoming a 4-star international airline for 2 consecutive years is a great pride of Vietnam Airlines.